Standing scared on the edge

It was always the same. The instructor was telling me to jump. I could feel everyone’s eyes on me. I knew it was safe. But I was terrified.

Some kids love jumping off a dock and into a lake. Those kids probably 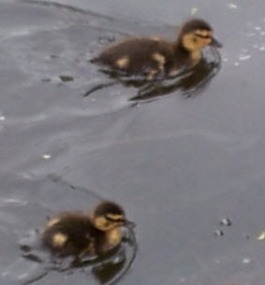 know how to swim. Those kids probably aren’t scared of the unseen mysteries beneath the murky surface of the water. I, on the other hand, wanted to stay safe and dry on the dock. No such luck.

I did eventually learn how to swim. One day I was standing at the edge of a pool talking to someone, and a kid pushed me in as a joke. I had to be rescued. The next day, I finally learned enough to stay afloat. But in general, I’d rather learn how to stay afloat without feeling panicked as I sink to the bottom of a pool.

Now I’m standing at a different kind of edge. It’s just as safe (mostly but not completely) and just as terrifying (very.) I’m about to start a small business. I decided to do this months ago, but I wasn’t committed to it. This week I decided to commit fully to giving this a try. I might fail, but I have to try.

I still don’t feel like I can commit the kind of time necessary for this. I know someone who has a new baby and works a full time job and is starting a similar business, yet she’s finding the time. But then, she doesn’t have brain fog, chronic pain, chronic fatigue, and a huge number of medical appointments to deal with. Still, I should be able to put in at least a little bit of time.

Ok, I know I’m being a bit vague about the business. That’s partly because I want to maintain my anonymity here but also because it’s really irrelevant. I plan to write and sell a short book (I’ve written the first draft but still have a lot of work to do on it.) I’ll create a blog. And I’ll try to sell the book and other things (maybe an online course?) to people. The key is that I’ll be working my own hours. It will take twice as long for me as it might for someone else, and I have to be ok with that. I might plan to work 3 days this week and manage 5. Or it might end up being only 1. Or none. And that will be ok.

I’m worried about the impact on my benefits, especially social security, at the beginning. But then, I also know that I can’t survive on benefits indefinitely. Right now I’m taking money out of savings each month to make ends meet. That’s fine for now, but one day those savings will run out, and then how will I get by for the next 4 decades? No, it’s better to not have to be on benefits at all, to cover my own expenses with my own business. So I’m going to try.

I face my fears every damn day with these illnesses. I worry about my health in ways most 30-somethings never even consider. It’s time to face a different kind of fear and take the leap. I don’t know how to do this, but maybe I’ll find a way to stay afloat anyway.

This entry was posted on Friday, November 20th, 2015 at 12:08 pm and is filed under Decisions, Expectations, Fatigue, Job, Limitations, Milestones, Pain, Raves, Unpredictable. You can follow any responses to this entry through the RSS 2.0 feed. You can leave a response, or trackback from your own site.

3 Responses to Standing scared on the edge