The accident was totally my fault. I was at home. I was alone. It was my knife. I was the one who knocked it off the counter. It struck my own foot. So I’m at fault. Simple, right?

Maybe that’s why it never occurred to me to sue anyone. It was my fault, 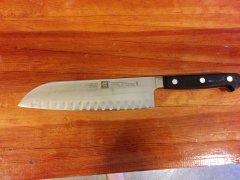 after all. And I incurred almost no expenses. My insurance covered just about everything. And it’s not like I’m very litigious anyway. I’ve never considered suing anyone before, even when I probably had cause.

But ever since someone else suggested it to me, I’ve wondered: maybe I should? Because the doctor really did screw up. Twice. His colleagues also screwed up. This wasn’t complicated. It was actually pretty basic.

A knife cut my foot. There was a lot of blood. An ambulance brought me to the emergency room. They had me move my toes and took x-rays. They said there was no nerve damage. They said my tendons weren’t cut. They said I was lucky.

And they were wrong.

10 days later I got the stitches out. I told the doctor, coincidentally the same one that I’d seen in the ER (he was working in my primary care doctor’s office that day) that something seemed wrong. He said not to worry about it. He said I was fine. He said to give it time. Another doctor was there too. Neither doctor tested my tendons.

Tendon repair surgery is supposed to be done within 10 days of the injury. 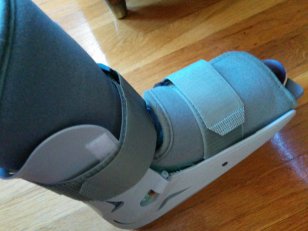 Mine would have been done that soon if it had been caught in time. Instead, it happened 8 weeks later. 8 weeks! In that time the gap in the tendons widened. One tendon began to heal to tissue, so that it had to be surgically cut away and elongated. This meant a more difficult recovery. It meant 2 extra months of dealing with this. It meant a lot of emotional anguish for someone who already has a lot of anxiety when it comes to medical issues. If the surgery had been done when it should have been, and with the shorter recovery, I would have been mostly healed after 8 weeks, instead of just starting with the surgery. Now, more than 4 months after the injury, I’m mostly healed, but not 100% yet.

And I admit, I’m bitter about the way I was treated in the ER. I wasn’t given crutches, painkillers, or even a wheelchair to leave. They were completely dismissive. In the doctor’s office, too, they were dismissive.

My surgeon thinks I will heal completely. So it’s not like there’s permanent damage. Except for the emotional impact, of course. But then, isn’t that what it means to sue for distress?

Suing could be stressful. It could be a huge pain in the ass. I might end up with nothing. And even though this doctor screwed up big time, I don’t want to destroy his career over it. Then again, it was a horrible experience for me. And he screwed up.

So now I’m wondering, should I sue?

What would you do?

Side note: If you’re in Massachusetts and you know of a good attorney for this type of thing, please comment here or email me at msrants@gmail.com. I’m hoping an attorney can tell me if it’s worth it (but if they say yes, I’ll still have to decide if I should go forward.)

This entry was posted on Wednesday, January 6th, 2016 at 6:00 pm and is filed under Decisions, Expectations, Frustration, Healthcare, Rants. You can follow any responses to this entry through the RSS 2.0 feed. You can leave a response, or trackback from your own site.

18 Responses to Should I sue?