When even medical professionals don’t get it

There are the medical people I know in my personal life: a distant cousin, an aunt’s in-laws, friends of friends. Sometimes it’s just a random person I meet to hears about my health issues and lets me know they work in the medical field.

Some of these people are awesome: understanding, supportive, helpful. And some make me want to scream by thinking they can offer me advice. People I barely know, or maybe don’t know at all, tell me what I should do for my health. Or worse, they don’t understand that I really am sick.

But then there are the worse ones: the medical folks I see for my own treatments who Just. Don’t. Get it. 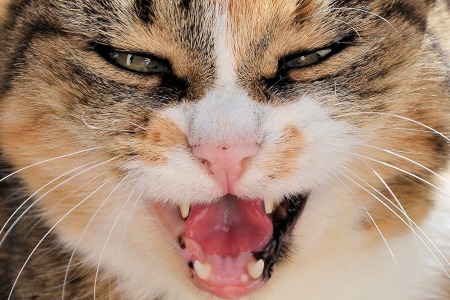 Usually I walk away. If they don’t understand, then I don’t want to waste my time. But this latest one is a tougher situation.

It’s my physical therapist. For one thing, she means well but she’s scatter-brained. She asked me if I’d tried a particular yoga pose. I said no, I was told not to do yoga. She was surprised. I pointed out that she told me not to do yoga just a few weeks ago. Things like that. When I walk in, she has no recollection of what we did last time, even though I know she writes notes after every visit.

She also does a good job overall. And there’s no one else to see. It took years for me to find her! I searched for ages for someone to do this particular type of treatment (easy) that my insurance would cover (almost impossible.) One of my insurances covers her and she’s giving me a break on the other. I really appreciate that. She’s been so kind about it. And she does a good job.

But then she wants me to exercise more, to make sure I build up a good sweat. I try and explain how adrenal fatigue works, how that could be dangerous. She wants me to talk to my other doctors to make sure I’m really not supposed to be doing it. You know, in case we hadn’t already had this conversation 80 bazillion times. In case I misunderstood. In case I don’t know my own body! So frustrating!

And then yesterday she grabbed my wrist for the millionth time. I know this is just a typical maneuver. I know she does this automatically because she’s done it so many times before with countless other patients. But she’s a physical therapist and she needs to take each patient’s needs into account and I don’t know how many more times I can tell her not to do this before I completely lose my shit.

Because I’ve been clear. I’ve said it hurts. I’ve explained that I have a long history of pain there. I’ve said that it upsets me. Yesterday I calmly talked about it after the appointment. I explained the emotional trauma a bit. She tried to say there was no need to explain, but I figured hearing it might help her to fucking remember!

I don’t usually swear on this site, even though I do in real life. Not a lot, but enough. I can hold back when I think it will offend people. Usually. But not today, because this is SO UPSETTING to me!

I have 25 years of pain in my wrists. It was my first symptom. But that’s not the reason it upsets me so much. No, it’s because of how I was treated. Doctors did horrible things to that wrist and to me. I had to start off my explanation by saying, “I don’t have PTSD but….” Because while it’s not PTSD, I do have a panic response. I told her that there is no one in this world I trust to touch my wrist, and that’s true. There are some people I trust to touch near it, and some don’t make me panic as much, but I don’t trust anyone. Not even my mother, my best friends, my past lovers. And certainly not medical professionals!

So we’ll see if she listens. If not, I might have to take more drastic action. But for now, we’ll see.

I try to be patient but she’s a medical professional. She should know better.

This entry was posted on Thursday, March 30th, 2017 at 12:14 pm and is filed under Educating, Expectations, Frustration, Insensitive, Intrusions, Limitations, Medication, Pain, Rants, Relationships: Family & Friends & Dating & Sex, Symptoms. You can follow any responses to this entry through the RSS 2.0 feed. You can leave a response, or trackback from your own site.

4 Responses to When even medical professionals don’t get it