Paranoid or realistic about symptoms?

If you have multiple chronic illnesses, then you probably have a huge array of symptoms, and you probably never know if a new feeling is a symptom of an existing condition or if it’s something new.  This always leads to the conundrum: to see the doctor, or to not see the doctor.  If I went to the doctor for every new odd sensation, they’d think I was a hypochondriac.  On the other hand, I don’t want to miss something important.  It can be a fine line. 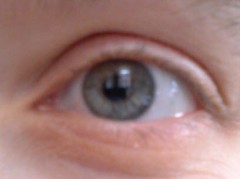 A few years back, I kept getting numbness in my left hand.  It came and went for several weeks and I just tried to ignore it.  Finally, while I was in the car with a friend who has multiple sclerosis, it returned.  I asked him for his advice and he said what I was thinking: I should get it checked out.  When I got around to it.  No rush.  As someone with a chronic illness, he understood how absurd it would be to freak out over every little thing.  I did finally see the nurse practitioner at my doctor’s office.  She declared it to be a pinched nerve and she prescribed physical therapy.  I had just finished a long round of physical therapy for my back/hips/knees and I didn’t want to expend my time, energy, or money on another round.  I asked her what would happen if I didn’t do it.  She seemed confused.  I clarified: if I do nothing, could there be long term damage to my hand?  She said no.  Could it fix itself?  She said yes, that was possible.  I decided to ignore it.  It eventually fixed itself and I didn’t have to bother with PT.

But then, there was the time I had a bad cold, with a cough that sounded horrible.  I was staying with my parents for a week in between apartment moves.  My mother kept telling me to see a doctor, but I thought that was silly.  It wasn’t until I started to cough up yellow and green phlegm that I finally admitted she might be right.  Unfortunately, by then it was a weekend, which made everything more complicated.  If I’d gone a day before, things would have been much easier.  And of course my mother was right (aren’t they always?)  I had a bronchial infection, which was helped almost immediately by antibiotics.

This week’s problem was with my eyes.  Aside from needing glasses, and not even a very strong prescription, I’ve never had any eye problems.  I see my eye doctor every year for a regular checkup, and also so he can make sure I’m not suffering any negative side effects from the years of Prednisone and Plaquenil use, each of which can cause all sorts of eye-related issues.  Then on Sunday, my eyes started to hurt.  I thought maybe I’d rubbed them too hard when they were itchy.  But they kept hurting.  I never put anything in my eye.  I can’t even watch other people put in contact lenses!  I couldn’t figure it out.  When my eyes still hurt on Monday, I was worried.  They looked normal.  They weren’t red.  But they hurt.  I started thinking about the drugs I’d taken, and I couldn’t remember if this could be a symptom of one of those side effects.  I decided to give it one more day.  I dreamed about my eyes that night and was very stressed out in the morning.  The first thing I did when I woke up was to pay attention to my eyes.  Yep, they still hurt.

Feeling like a huge ass, I called the eye doctor.  I made sure they took my new health insurance.  Then I got an appointment for that afternoon.  I drove over, feeling like I’d be laughed at.  My eyes looked fine.  I seemed ok.  The doctor even remarked on how I didn’t look like I was in pain (he said he can sometimes see the pain in a person’s expressions.)  I pointed out my medical history and my high pain threshold and he immediately understood.  Still, as he checked me in different ways and each was normal, I felt ridiculous.

And then he put something my eye and shone in a light and saw how dry my eyes were.  This level of dryness would have been apparent at my checkup just a few months ago, so this was definitely new.  And it definitely accounted for the pain.  The doctor even said that it’s a known side effect of several of my conditions, especially hypothyroid.  He told me what to do (fish oil, eye drops, set up the humidifier that’s been sitting in a corner, put pots of water next to my radiators, etc.) and sent me on my way.  My eyes felt the same, but my stomach felt a lot better as the anxiety eased.  I felt silly going in, but I was also terrified that there was something seriously wrong.  What a relief!

There’s no way to be sure which problems need to be addressed and which don’t.  It’s all a guessing game, trying to use a biased gut reaction to decide.  Sometimes we’re right and sometimes we’re wrong.  Sometimes we’ll never know.  The night I had diarrhea over and over, each time containing blood?  Maybe I should have been checked out, but an ER on a Saturday night would have been torture.  I’ll never know if I made the right decision (but it did go away on it’s own and hasn’t happened since, so that’s a good sign.)  I guess the best we can do is to make decisions that we feel comfortable with, and about which we won’t have any regrets.  If we can do that, we’re probably ahead of the game.

As for my eyes, I’m just glad I made the right decision to get checked out yesterday.  Now if I could just get the drops in my eyes instead of on my cheeks….

This entry was posted on Wednesday, January 30th, 2013 at 2:44 pm and is filed under Decisions, Frustration, Healthcare, Medication, Pain, Rants, Symptoms, Unpredictable. You can follow any responses to this entry through the RSS 2.0 feed. You can leave a response, or trackback from your own site.

4 Responses to Paranoid or realistic about symptoms?